An unplanned pregnancy can be tough to deal with, especially if you are young, unwed, and just starting your career. Several celebrities have decided to place their baby for adoption early in their careers. They’ve since gone on to achieve major success and fame, as their stories below will show.

Most of the celebrity birth parents in this list placed a child for adoption decades ago, during the era of closed adoptions. Today, open adoption is the norm; you have the right to choose your baby’s adoptive parents, decide how things will go at the hospital when you deliver, and stay in contact with your child and his or her adoptive parents in the future.

While there are probably more celebrities who are birth parents than we know of, here are some of the celebs who have shared their adoption stories with the public: Singer-songwriter Joni Mitchell found herself pregnant at 21 and unable to take care of a child. She gave birth to a daughter, Kelly, and decided to place the baby for adoption.

Years later, though her adoption story remained a secret, Mitchell penned a song about her experience called “Little Green.” Mitchell and her daughter, renamed Kilauren Gibb, reunited in the ’90s after going public with her search for her daughter. The two have since been reunited. Upon their reunion, Mitchell said, “I’ve felt pain and joy in my life, but nothing like this.”

Gable was a famous actor in the 30s and 40s, and was known back then as “The King of Hollywood.” While married to another woman, Clark Gable had a child with co-star Loretta Young. So she could protect her acting career and avoid scandal, Young hid her pregnancy by traveling to Europe and later claiming to be ill. Their baby spent nearly two years in orphanages until Young brought her home, claiming to have “adopted” the girl. Although the girl strongly resembled Gable, he never acknowledged that he was her father.

At the age of 17, Roseanne Barr had dropped out of high school and found herself in a mental institution. Shortly after being released, she delivered a baby girl and placed her for adoption. Barr since reunited with her daughter, and her daughter even worked on the set of her TV show, Roseanne. 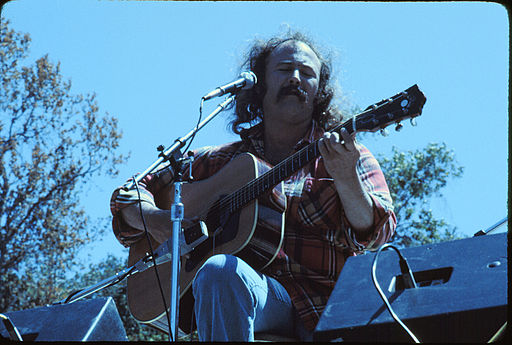 Singer-songwriter David Crosby was a founding member of both the Byrds and Crosby, Stills & Nash. In 1962, he had a baby with a woman, but the two decided to place the baby for adoption. When he was preparing for a liver transplant in 1994, Crosby learned that his son had been searching for him. When the two reunited, he discovered that his birth son was a successful keyboardist and composer. The two have since performed and recorded together many times.

Singer-songwriter, musician, author, and poet Patti Smith was an influential part of the New York City punk rock movement. In 2007, Smith was inducted into the Rock and Roll Hall of Fame, and she placed 47th in Rolling Stone magazine’s list of 100 Greatest Artists.

But back in 1967, when she was 21 years old, Smith gave birth to her first child, a daughter, and chose to place her for adoption. Smith wrote, “Though I never questioned my decision to give my child up for adoption, I learned that to give life and walk away was not so easy.”

Famous singer-songwriter, guitarist, and right-wing political activist Ted Nugent is famous for such rock anthems as “Cat Scratch Fever” and “Stranglehold.” Back in the 1960s, Ted Nugent fathered a boy and a girl who were placed for adoption to separate families. His son, Ted Mann, first learned that Nugent was his father when his biological sister, researching her own background, got ahold of him. Nugent and his son reunited in 2010. 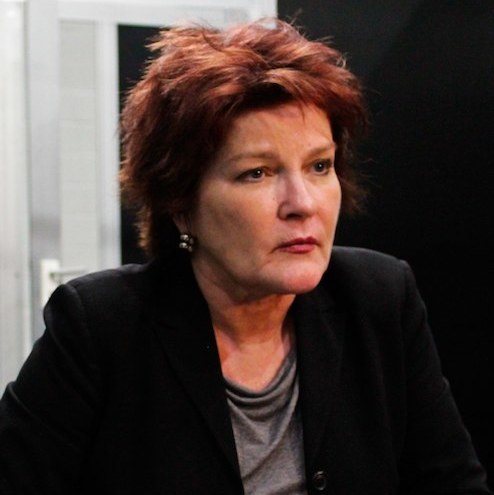 The “Orange Is the New Black” star was a working actress in 1977 when she found herself pregnant. She didn’t want to marry the father, and her acting career was beginning to blossom, and so she realized adoption was the best choice for her daughter.

About her adoption experience, Mulgrew says, “Though I’m always going to feel the hurt, at least I know my child is alive and that she is happy somewhere growing up surrounded by love.” Mulgrew and her daughter reunited in 2001.

A musician, composer, arranger, record producer, and music executive, David Foster has won 16 Grammy Awards from 47 nominations. But many came to know of Foster when he appeared on the reality TV show “The Real Housewives of Beverly Hills,” alongside then-wife Yolanda.

When he was just 20, Foster fathered a baby girl, Allison, who was placed for adoption at birth. The two reconnected when she was 30. Today, she serves as Secretary to the Board, Director, Business & Stakeholder Relationships of the David Foster Foundation.

A TV personality, bounty hunter, and former bail bondsman, Chapman acquired fame as a bounty hunter for his successful capture of Andrew Luster in 2003. The following year, Chapman was given his own series, Dog the Bounty Hunter on A&E. Back when he was a teenager, Chapman’s girlfriend had a baby without ever telling him she was pregnant. She committed suicide, and the baby was placed for adoption. Chapman, who never knew of his son’s existence, met him as an adult.

Oscar award-winning actress Mercedes Ruehl placed her son, Christopher, up for adoption in 1976. The two later reunited and enjoy a meaningful relationship, with her birth son even assuming the role of godfather to the son she adopted. In an especially poignant quote about the experience, Ruehl described the relationship with her birth son by saying, “It’s not easy, but it’s rich.”

Are you thinking about adoption for your baby? Do you want more choices with your adoption plan? Do you want to regain more control in your life?

Call or text Lifetime Adoption at 1-800-923-6784. We can help you put together an adoption plan that best meets your needs.

As the Chief Operating Officer (COO) of Lifetime Adoption, Heather Featherston holds an MBA and is passionate about working with those facing adoption, pregnancy, and parenting issues. Heather has conducted training for birth parent advocates, spoken to professional groups, and has appeared on television and radio to discuss the multiple aspects of adoption. She has provided one-on-one support to women and hopeful adoptive parents working through adoption decisions.